The Tour de France in our mountains in 2016! 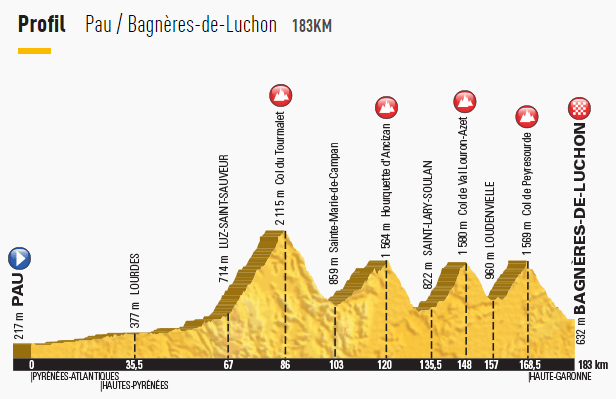 The Tour de France will be in our mountains in 2016!

Friday 8 July – Stage 7 – 162km
L’Isle-Jourdain / Lac de Payolle
“As the Tour enters the Pyrenees, the pace should increase and the race enter a new dimension. The climb to the Col d’Aspin will be the only theater of battle on the day… in terms of climbing! But the descent, as splendid as it is technical, heading to the Lac de Payolle will also be a decisive exercise.”

Saturday 9 July – Stage 8 – 183km
Pau / Bagnères-de-Luchon
“The great classic of the Pyrenees has been revisited for this 2016 edition of the Tour. After the Col du Tourmalet, the race will, for the first time, head up the Hourquette d’Ancizan from a different side before taking on the Col de Val-Louron-Azet and Peyresourde! A battle with several levels where anything and everything can happen.”

Camping Monlôo is at the center of the action! Reserve today to take advantage of this spectacular week in the Pyrénées!

We use cookies to ensure that we give you the best experience on our website. If you continue to use this site we will assume that you are happy with it.OKPrivacy and Cookie Policy